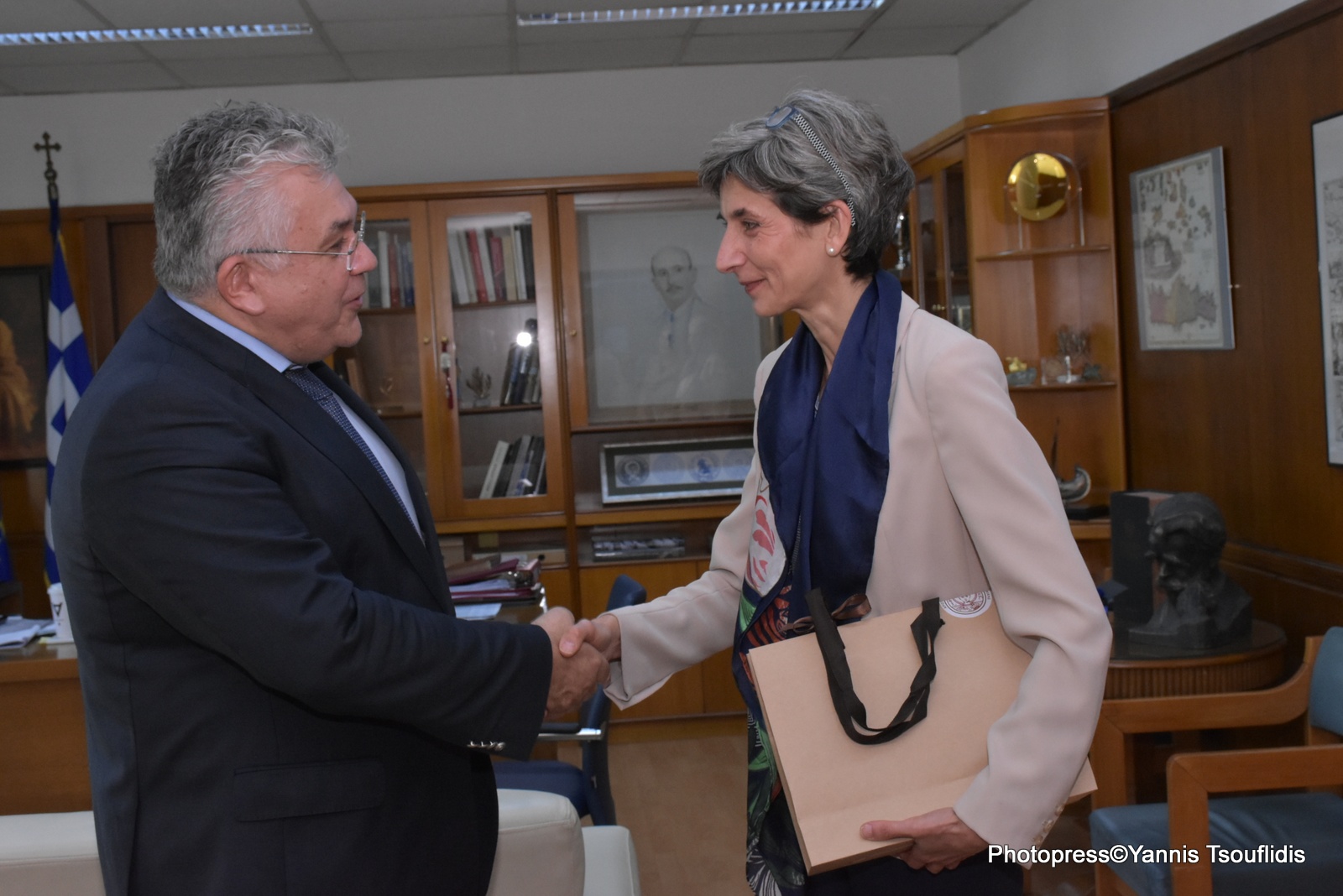 The British Ambassador to Athens, Kate Smith CMG, met the Rector of the Aristotle University of Thessaloniki, Professor Nikolaos G. Papaioannou on Friday, November 15, 2019, in AUTh’s Rectorate.
The purpose of the meeting was to develop closer links with academic institutions in Great Britain and to explore new perspectives for cooperation with them.
The meeting was also attended by the Head of the British Council in Thessaloniki and the Head of the British Council’s Department of Education in Greece, Maria Tsakali, and the Head of the Political Affairs of the Thessaloniki British Embassy in Athens, Alexander Nafpliotis.
AUTH Rector Professor Nikolaos G. Papaioannou said that “there should always be time for such meetings, especially with the ambassador of a country, as our University is characterized by openness. Through these meetings we expand and strengthen our partnerships. “
The British Ambassador to Athens, Kate Smith CMG, referred to the strong educational links between Greece and Great Britain and underlined the intention of the British Universities to maintain and develop existing partnerships with the Aristotle.
Finally, it is worth noting that the discussion between the Rector of the AUTH and the British Ambassador was held in Greek, as the Ambassador knows the language very well. “I owe my Greek partially to Aristotle University,” she said, after attending classes in Greek at the Aristotle University of Thessaloniki.