Prof. Schiefsky’s letter and the discussions during the meeting highlighted the similarities in the support initiatives of Ukrainian students between the two Universities and pointed out the willingness of CHS to contribute to AUTh’s efforts to support the Ukrainian students. In the context of this contribution, three initiatives are being promoted, as follows:

1) A donation from the Center for Hellenic Studies to the relevant Special Research Fund Account (Greek abbreviation: ΕΛΚΕ), for AUTh to offer the amount in the form of scholarships to Ukrainian students who have expressed a relevant interest/need.

2) A joint invitation from the Center for Hellenic Studies and the International Olympic Academy for the participation of 10 Ukrainian undergraduate students of AUTh in the annual Symposium co-organized by the two institutions from 12 to 15 July in Olympia. The symposium organizers will cover all travel, accommodation, and meal expenses of the students.

3) An invitation of AUTh’s Ukrainian postgraduate students, who have joined the support program of the University, to visit to Nafplio during this fall season and make use of the Center’s unique digital library to support their research. The Center will cover all travel, accommodation, and meal expenses of the students.

The discussions that Mr. Apostolos Dimitropoulos, Secretary General for Higher Education, Greek Ministry of Education and Religious Affairs, had with the Center for Hellenic Studies during his recent visit to the USA also contributed to the cooperation between the two institutions.

During the meeting the delegations discussed further collaboration topics and common academic interests of the two institutions, as well as other possibilities for future synergies. 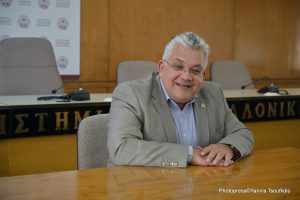 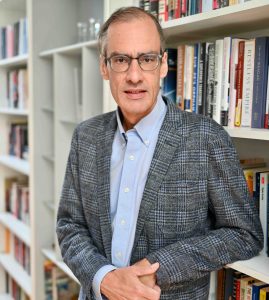 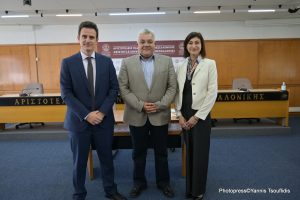 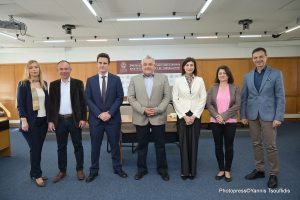